<< Back to Blog
Futsal 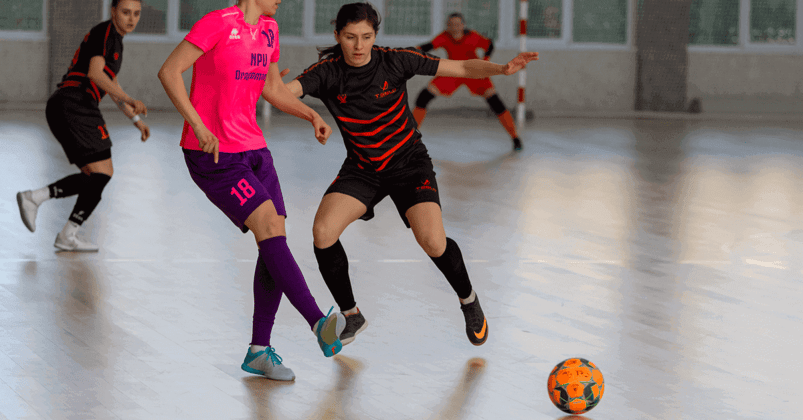 If you are looking for a way to conveniently improve or maintain your soccer skills, then you already know that building your own soccer field or having constant access to one isn’t always feasible (for most of us anyway!).

So what are some of your options when you want to refine or keep your control and touch skills, but don’t have the funds to build your own soccer field or access to one outside of scheduled practice or game day?

What exactly is Futsal?

Essentially, Futsal is soccer, scaled-down. It’s FIFA’s official indoor game, and here are a few of the differences.

Where did Futsal come from?

While Futsal may feel like a new thing to those of us who are stateside, the rest of the world has been taking advantage of the benefits for over 50 years! In fact, Futsal (or Five-A-Side) originated in Uruguay in 1930, when a man named Juan Carlos Ceriani put together a five-a-side version of soccer for youth to compete at YMCA’s. The basketball court-sized gameplay worked well in indoor settings, and the first international competition was held in 1965. Today, Futsal is internationally respected and heralded as being one of the best ways for world-class soccer players to hone their skills and improve their gameplay, on or offseason.

What does Futsal mean?

We knew that you’d be wondering! Futsal isn’t an acronym for something else, in fact, the word Futsal is a combination of the Spanish/Portuguese word for soccer (Futbol) and a Latin root for inside (SAL). Taken together, Futsal literally means “soccer inside” or “futbol in a room.”

Futsal is a little more fluid in terms of the roles and positions that players take on, so here is a brief run-down of how it’s played!

What are the benefits of Futsal?

Since there aren’t any walls, soccer players are encouraged to develop better control and touch skills; not only when it comes to the ball but their bodies as well. Not having any walls also reduces injuries due to collisions and eliminates the tendency of players to bounce the ball (and their bodies!) against the boards. A smaller field also reduces the speed that players can reach, which in turn, reduces the force of the impact when players do collide. Less broken bones, fewer concussions, sprains, strains, and bruises contribute to more players playing for longer, and playing healthier!

Walls can promote the development of poor habits and techniques in soccer players. Without walls, players are encouraged to learn, develop and perfect their touch and control skillset, and they are provided with more opportunities to maintain them over the course of the year. Without walls to catch, direct or stop the ball, players are forced to learn better ball control regardless of their position of play, and regardless of whether they are playing offense or defense. Without barriers, it’s truly just a game between you, the ball, and other players! More dynamic, controlled, and precise plays begin to develop, and these skills carry over to the soccer field, inside or out.

Another benefit to Futsal is that it’s a less expensive alternative to the other quality soccer experiences that are available, and is universally recognized as the best form of indoor soccer.

Want to learn more about Futsal, and other ways to play? Check out all our indoor, outdoor, portable, permanent, and modular options at www.urbansoccerpark.com

How to Improve Your Futsal Skills

When you are serious about improving your abilities as a player and team member, you know that it’s...

Whether you are new to the game of soccer or you’ve been enjoying the game for years, you may...