An on-time installation, a full turnkey buying, and installation process. If our product or service does not exceed your expectations, we will uninstall your field and issue you a full refund, with a smile.

If it wasn't for futsal, I wouldn't be the player I am today.
-Cristiano Ronaldo

The biggest soccer nations in the world are built on a futsal foundation. Small-sided soccer—futsal and street football—have served as building blocks for the vast majority of the sport's greatest. Ronaldinho, Pele, Messi, Neymar, Xavi, Ronaldo, the list goes on of football legends past and present who credit futsal for their development and success.

The fact is no surprise to soccer-loving fans throughout South America, Europe, and around the globe. For many in these regions, futsal isn't just a sport, it's a way of life. Take Brazil, arguably the most successful soccer nation in the world with the greatest number of World Cup and futsal titles. On every street corner, public park, in every grade school you will find people from all walks of life playing on a futsal court. The sport is built into the infrastructure of the city—futsal courts are everywhere and are easy to access. These vital spaces of gathering and play are the bedrock of social growth and interaction.

Futsal is also widely acknowledged by experts to be an essential factor in developing technical and tactical skill. All of these elements have made futsal a hugely popular sport and a powerful cultural influence in Brazil and beyond.

Urban Soccer Park gives communities in the U.S. the opportunity to bring this rich culture stateside. We provide safe, durable futsal courts that can be installed almost anywhere—no foundation required. We know firsthand the tremendous impact USP fields can have in a community, and together we hope to bring this positive change to your neighborhood.

Futsal (or fútbol sala in Spanish and futebol de salão in Portuguese) developed in South America beginning in 1930. It was initially created to provide year-round training space for soccer players, and the smaller court size was more feasible during a time of rapid urbanization. Limited space, especially in metropolitan areas, meant traditional full-field pitches were unrealistic to build and hard to find. The game was spread largely through the YMCA, and was played indoors on basketball courts. It adopted rules from a variety of different sports: five players on a team, a 40-minute match, and played within the lines.

Though born out of necessity, futsal soon exploded into a full-fledged sport in its own right. It was adored and played by pros and amateurs alike. Here was a high-speed, high-energy game that demanded every player be moving and alert at all times. The margin of error was much smaller on a futsal court than full-field, which propelled the level of technical ability to new heights.

Between 1960 to 1980, leagues began to form all over the world in countries like Spain, Russia, Portugal, Iran, and Japan, with South America remaining its spiritual home base and the primary continent where futsal would professionalize and bloom. Futsal became a very cerebral and tactical game with new strategies and tricks being invented by savvy coaches all over the world.

A lot of the moves I make originate from futsal. It's played in a very small space, and the ball control is different in futsal. And to this day my ball control is pretty similar to a futsal player's control.

Over the years, it has become a key component in player development for both futsal and association athletes. Most full-field professionals competing at top levels grew up on a steady diet of futsal and street pickup, and the difference in caliber is unmistakable. The best of the best have cited five-a-side soccer as foundational to their technical and tactical education.

Not only was futsal the most accessible method of play, it was also the best training format. The confines of the space and the small number of players compelled both creativity and a heavy reliance on teamwork. The results have been nothing short of spectacular. Futsal has birthed Ronaldinho, Messi, Ronaldo, Falcao, Ricardinho, and many more.

Today, futsal is a highly competitive, worldwide sport that also continues to be a launchpad for 11-a-side professionals. All major European clubs contain a futsal component, and in the U.S., coaches and analysts are becoming more familiar with its benefits. Most Major League Soccer teams have now integrated futsal into their academies, and even competitive youth club teams have come to recognize its essential role in creating skillful and instinctive young players. 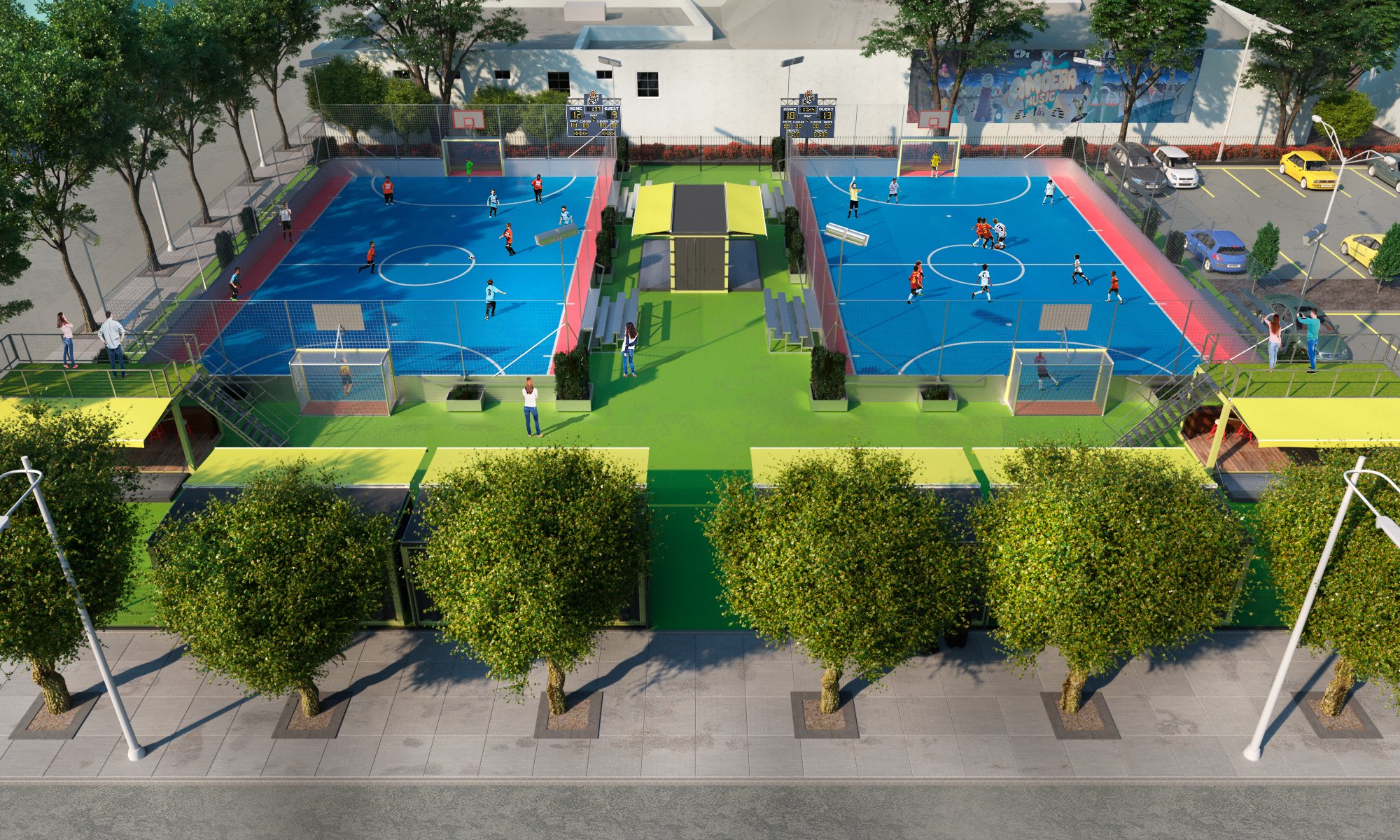 In futsal, you see whether a player is really talented.
-Xavi

Futsal produces the best players in the world because it demands focus. Thanks to its size and player limitations, everything is magnified on the futsal court—a player’s touch, the set plays, a team’s movement are all decisive factors between a win and a loss.

In Brazil, futsal is introduced at the earliest ages, and played informally amongst kids, teens, and adults. Unsupervised play outside of practice where different age groups can co-mingle is an essential factor making Brazil one of the most prolific producers of high-level footballers.

Futsal also provides more time on the ball per player than full-field soccer, requiring athletes be activated physically and mentally throughout the game. The speed of play pushes athletes to be engaged in a continuous attack, defend, counterattack mindset, and the compact size of the field heightens the importance of skill and decision-making. Simply put, there’s more decisions, more goals, and more touches in futsal per minute than in traditional soccer.

Most importantly, futsal players learn how to operate as one unit on the field. There are a myriad of methodologies and tactical strategies today that capitalize on well-timed choreography, while encouraging individual improvisation and innovation. This creates that unmistakable daring spirit and outrageous confidence you see on the international stage by players who have developed through futsal.

At the highest level, futsal is something that separates the good from the brilliant. But perhaps more importantly, the game represents a culture of openness and connection that extends to greater society. Too often in the U.S., we find barriers of entry to quality playing fields that are either difficult to find or expensive to rent. This has not only stunted youth development in the sport, it has hindered our soccer culture from flourishing.

Urban Soccer Park offers a high-quality, pro futsal court product that can be installed and fitted for virtually any space (rooftops, gyms, tennis courts—you name it, we’ll make it work). Our versatility speaks to our passion for futsal and the benefits we know it can bring to both athletes and the community. We hope you'll join us in making this positive and meaningful change to the face of your neighborhood.